The Foosball Battle of Internet Marketing 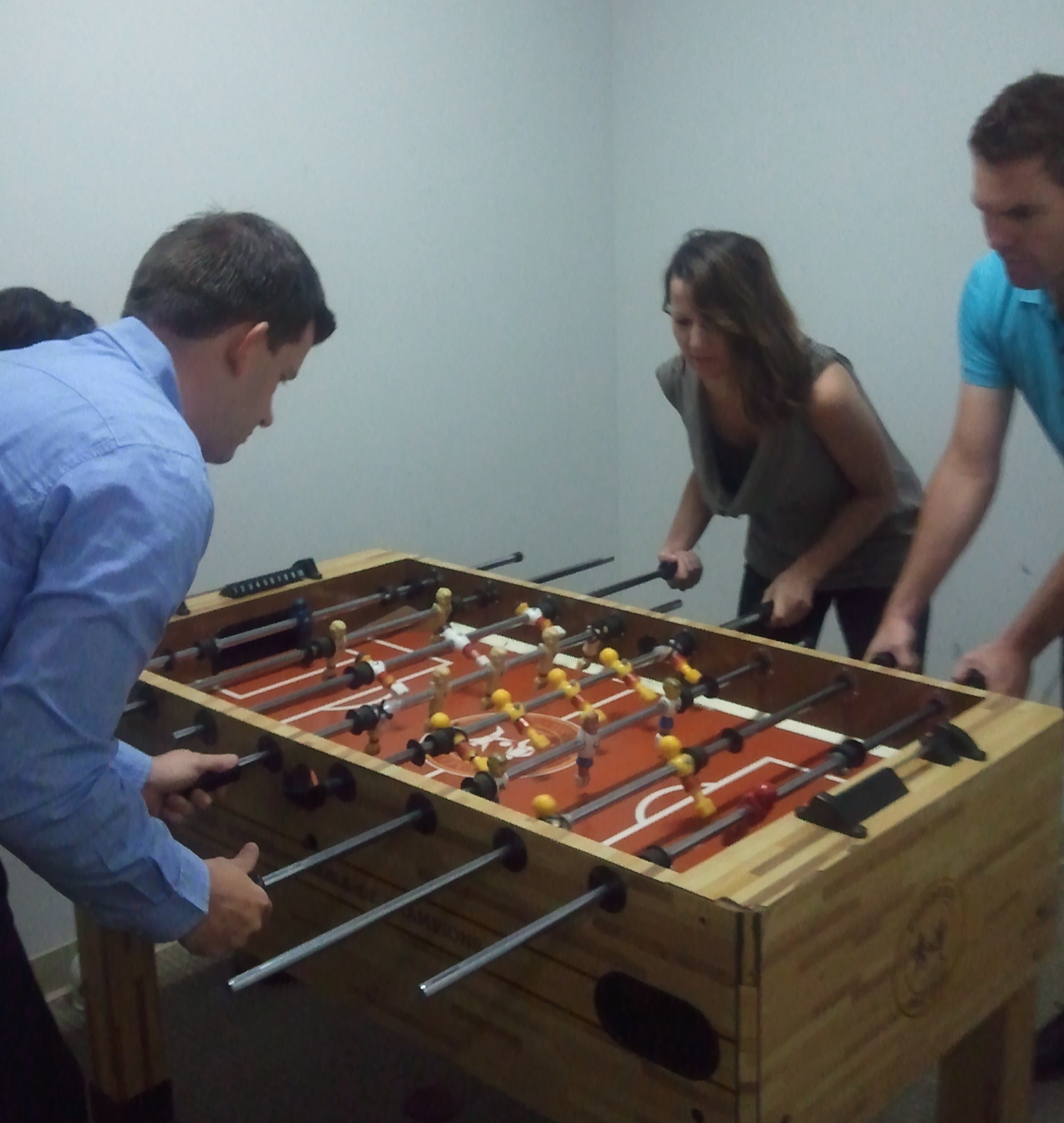 Are they playing a game of foosball or strategizing about internet marketing? It's hard to say really.

If you walk down the hallways of our Oozle Media office, chances are you’re going to hear someone drop the F-bomb. That F-bomb is the word “foos.” We’re not talking people Mr. T would pity or Dave Grohl’s band; we’re talking the table soccer sport. Foosball is a way of life at Oozle Media.

From an outsider’s perspective this may seem like just a game, and it is.  It’s a game of internet marketing laid out on a table. Weird, right? Let us explain.

Web development beauty: Nobody likes ugly. We’ve said it before and we stand by it.  When on the foos battlefield if you’re making ugly shots in a tournament, you might as well hang your head in shame and head home. Don’t enter the game without some practice. The same goes for web development. You don’t just throw designs together and hope you make a goal. Beauty takes talent, whether it’s a well developed shot or a well developed site.

S-E-Uh Oh, dead ball: Without SEO your site is like a dead-ball. A dead-ball is when the ball is unreachable by any of the playing figures.  Just like your site, it will stay there untouched in the busy traffic until an SEO expert or player reaches in and gets you back in the game.

The PPC play: The relevance of PPC to foosball is the easiest relation to make. PPC is all about scoring a conversion with a phone call, online chat, subscription, or sell, and of course in foosball you’re looking to score some goals. Whether it’s a kick or a click, we’re shooting to make things happen.

Social media marriage: Some say a bond between true foosball partners is a relationship that rivals man and wife. Okay, no one has officially said that, but I’m pretty sure a lot of Oozle employees have thought it at least once. Relationships are the number one reason why social media is so effective.  You’re giving a face and a voice to your company and converting relationships into sales.

Call tracking in the dark: Have you ever tried playing foosball blindfolded? Well neither have we, but we can imagine it’s not going to be the most effective winning strategy. Without call tracking, you’re going in blindfolded with no way to track performance. Just like in foosball, you have to know what you’re aiming at, what obstacles you face, and have your eye on the prize in order to come out ahead.

Think you’re ready to challenge us to a pick-up game of foosball or Utah internet marketing? Come get Oozled today!